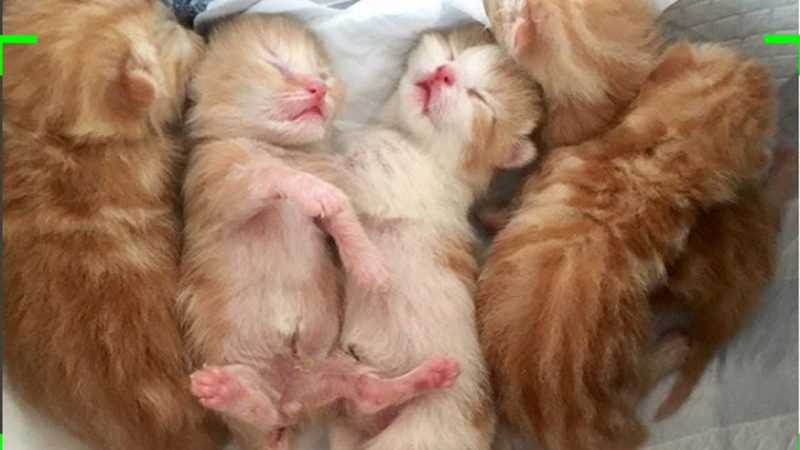 It is common for cats to fight over territory both in the wild and in the city streets. Cats also like to fight and play indoors.

They are territorial creatures. This becomes a problem when a female cat is expecting a litter of kittens in a multi-cat home.

It can be a much bigger problem for a cat that is pregnant outside. There is a lot of potential for harm if other cats have access to the new mother and her vulnerable kittens.

Most often male cats are the biggest threat to kittens as they are very territorial and become aggressive with new mothers and their babies. But sometimes other female cats in multi-cat households can act aggressively toward the new kittens.

Most likely this also has to do with feeling threatened in some way.

It is also not unheard of for mothers themselves to act in hostility toward one or two in the litter. This can be due to many reasons, but a mother rejecting her own kitten is more often the cause of harm than another cat.

But will other cats harm newborn kittens? It is rare, but occasionally it will happen.

Whether a new mother rejects an unresponsive or otherwise unwell newborn, or another cat acts aggressively out of territorial threat, it can happen. It is important to keep a new mother and her kittens in a private space until they are old enough to be social with adult cats.

Contents hide
1 When Will Other Cats Harm Newborn Kittens?
2 How To Keep Kittens Safe Until They Are Old Enough:
3 How To Give A Proper Introduction To Other Adult Cats:
4 Final Thoughts

When Will Other Cats Harm Newborn Kittens?

Rejection From The Mother:

Unfortunately, mothers do not always nurture their kittens. And when they reject, it is often just one kitten that is rejected rather than the whole litter.

If a kitten has anything that seems wrong, such as a weak or small body, trouble feeding, or unresponsiveness. This can happen as well if a mother does not feel she has enough teats or milk to feed a particularly large litter.

She will then pick off one or two to ensure the survival of the majority of the litter.

It is also possible that the mother cat that begins to reject a kitten or two was too young to have kittens. Just because an animal might be biologically old enough to get pregnant does not mean they are ready to have babies.

If a female cat is too young, she might have increased anxiety and aggression during pregnancy and after birth.

If a mother begins to reject a kitten, she will ignore them, hiss at them, not let them feed, bite at them, and even take them to an isolated spot away from the nest. If this happens, putting the rejected kitten back with the mother will prompt her to keep rejecting that kitten, and possibly others as well.

It is smartest to simply remove the rejected kitten to bottle feed them and provide lots of warmth. The mother will take care of all the non-rejected kittens.

That kitten however might have a medical problem that the mother detected, and so should be taken to the vet.

Cats can be extremely territorial. There have been occasions in which another female cat will attack the newborns.

This could be because they feel threatened by the new cats, the smells, the sounds, and everything that comes with kittens. It could make another female cat anxious to have kittens around and spark something aggressive that leads to an attack.

Though it is much more likely that the mother herself will be the aggressive one, as she has more reason to feel territorial with her newborn babies. Once she is a mother, every other being poses a threat to her and her kittens.

This causes some aggression that will subside as the kittens age and the threat dissipates.

While it may seem reasonable to assume another female cat may become territorial around newborn kittens, it is more likely she will aid in raising the kittens. More often than we might realize, two mother cats in the wild, called “queens” believe it or not, will have their babies around the same time and nest together.

They will help to feed and watch the kittens, taking turns to hunt and get water.

Cats are very good babysitters. In fact they are quite likely to adopt babies of other species as well as care for another cat’s kittens.

Unfamiliar male cats can pose a serious threat to a new mother and her babies. It is instinctual for a strange male cat to attempt to murder the kittens.

This behavior can be seen clearly in lions, but it happens in domestic cats as well. The kittens not only threaten a male’s territory, but they are in his way.

If he gets rid of the kittens, it would mean the new mother would go back into heat faster. Essentially, a strange male cat may try to kill newborns in order to replace them with his own offspring.

Either way, male cats are not known for their great parenting skills, and are known for harming kittens.

But sometimes, especially if indoor cats, a male cat that is around for the pregnancy and birth of the kittens he spawned will on occasion spend time with his kittens. Not often, in fact maybe just once a day or once a week, but it has been observed that a male and female cat will rarely raise a litter together.

On these occasions the father will help to clean the kittens, protect them, and play with them.

Again, this is quite rare, as most often feline parents do not stay together after mating, and males do not have much paternal instinct.

How To Keep Kittens Safe Until They Are Old Enough:

The best way to keep newborn kittens safe from other cats is to have a separate space for the cat that is about to give birth. It is best if she can have an entire room that no other cat or dog can get into.

Interesting READ  Can A Cat Recover From Feline Leukemia

She should be taken to this room equipped with all her needs soon before she is expected to give birth. This way she is comfortable with the room and she will not find a secret place to have her litter.

It is important to be able to help during and after the birth, even if no help is needed. In this room, she should be free from other animal disturbances.

As another cat could cause stress and aggression in the mother, as well as potentially harm the mother and her kittens.

Because of this, the new mother and her kittens should be kept in their private space for several weeks, even a couple of months if the space is big enough. This allows the kittens to be old enough to defend themselves a bit more if any aggression occurs.

If there are other female cats in the house, it could be safe to allow supervised visits. Female cats are safer than males to allow around kittens, as they are more likely to help nurture the kittens.

Male cats do have a tendency to either ignore or be aggressive and even violent toward kittens.

How To Give A Proper Introduction To Other Adult Cats:

If the mother and kittens are in their own room, it is easy to allow the cats to sniff each other through the gap under the door.

If there is friendly curiosity, encourage this with treats on either side of the door as well as toys that can be played with on both sides of the door. This will give positive impressions and associations of each other.

As this positivity grows after a few days, a small introduction with a door slightly ajar will allow a safe meeting. The cats can see each other but not get at each other if aggression arises.

After this, the cats might be ready for a full introduction. Again, treats and toys help immensely. Catnip can make a big difference as well.

This process can be especially important if the kittens are being introduced to a male cat, or if there are many cats in the household. Reintroduction can also be difficult for the new mother, as she has been away from the other cat or cats and smells differently than she did.

It can be dangerous to introduce kittens or reintroduce the mom into the household.

While it is unlikely that newborn kittens will be attacked by their mother, another female, or even a tomcat, it can be crucial to provide a private and safe space for a cat to give birth and raise her babies. It is possible for issues surrounding territory or another perceived threat to provoke harm to kittens.

But the best way to support and keep a safe new mother and her kittens is human supervision.

Why Do Cats Scream When They Mate?

How To Tell If Your Cat Wants Another Cat

Why do cats cover their eyes with their paws when sleeping?