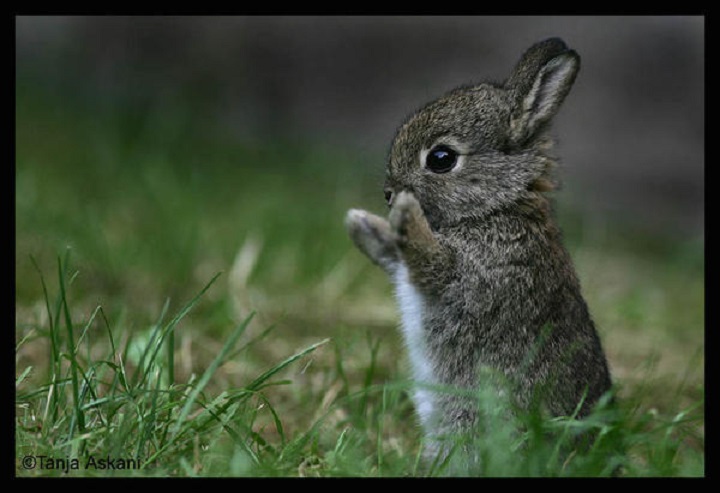 Did you come home from a long day of work, or perhaps let your rabbit out to play for a little bit, just to find them later limping around, or even holding their front paws and not willing to move?

Usually, if your rabbit keeps holding up its paw, the reason could be either a bumblefoot or it has injured its paw due to damaged nails or even a sprain.

However, there are specific ways to identify the root causes and to treat each case carefully. Read on for more details!

Three reasons why your rabbit may be holding its paw up

If your rabbit has been holding up its front paw, it is most like due to a broken nail, bumblefoot, or even a sprained leg.

Rabbits in the wild spend a lot of time digging and wearing down their nails. In captivity, this doesn’t happen as often, which can lead to far too long nails. There is also the possibility they can get a nail stuck in a soft object such as a toy or blanket and tear it out.

When a rabbit has nails that aren’t worn down, they can make it hard to stand on the paw. They can also crack or get ripped out entirely.

When looking for injured nails, remember that you may often see blood, but not always. If a nail gets ripped out, they sometimes do not bleed, so make sure to check each nail carefully.

If there is blood, put pressure on the area until the bleeding stops.

The main worry with a cracked or torn nail is infection. Make sure that the area is clean often to prevent an infection from setting in. If the area does look infected, it is best to seek a vet as soon as possible.

In the future, to prevent any further nail injuries, try to make sure that your rabbit’s nails are kept short, and any soft objects are kept away unless being carefully monitored.

Rabbit nails can be kept short with proper exercise on rough surfaces such as concrete, digging of a burrow, or nail clippers.

Reason 2: Sores on the bottom of the paws

Rabbits often get a bacterial infection on their paws known as Ulcerative Pododermatitis, bumblefoot, or sore hocks. They most often occur on the hind feet but can appear on the front too.

One of the first symptoms of sore hocks is a patch at the bottom of the foot that is bare of any fur and sometimes an open sore in the area. There are many causes of sore hocks, from excessive thumping, to obesity, to soiled litter.

Ideally, it would be best to go to a vet if you believe that this is the issue with your rabbit. However, until an appointment can be made, there is a set of specific steps that can be followed. The website below gives great details on treating the wound until a professional can check it out.

This is by far one of the most common reasons for a rabbit to be holding up its front paw. However, it is the hardest to self-diagnose, and many people can underestimate the severity of the injury. For that reason, it is highly recommended that one goes to a vet to get an X-ray.

As with sore hocks, there are many reasons that a rabbit may develop a sprain, fracture, or broken leg. Rabbits can easily get their foot stuck or crushed into a small crevice, or may land improperly after attempting a jump, such as slipping on a hard surface or landing on an object unevenly. Weight and arthritis can also lead to sprains.

If you suspect it is only a sprain, it can be treated like you would any sprain. A cold compress and rest to reduce swelling and to allow the rabbit to heal will be best.

It is also a good idea to put the rabbit somewhere where it won’t jump around too much, to reduce irritating the injury any further.

How to take care of your rabbit’s paw

No matter what caused your rabbit’s injury, there are some steps you should immediately take.

First, don’t let your rabbit run around anymore, and put them in a safe space, so they don’t injure it further. As with any injury, rest is some of the best medicine.

Check for any injury or bleeding around the paw they are holding up. Check each nail carefully and look around the bottom of the paw for any wound or bare patch. A cold compress can reduce any swelling that may have occurred due to an injury if an external wound can’t be found.

Finally, monitor your rabbit in case the injury gets worse, or another symptom occurs.

Don’t be quick to underestimate the injury. Even if the rabbit is using the foot, or seems to be behaving normally, that does not mean everything is fine.

Rabbits are animals often preyed upon in the wild, and the weakest ones are targeted first. Because of this, they have defense mechanisms to hide any injuries to avoid looking weak. It is better to assume the paw is worse than it looks, than to assume it is fine and miss something important.

Most importantly, rabbits are animals that need constant food. If your rabbit is not eating on top of an injured paw, take it to a vet immediately.

Rabbits are not animals that can go without missing a meal, as it can lead to issues moving food through their intestines. A rabbit holding up a paw and lacking appetite may mean something much more severe than an injury listed in this article.

Why Is My Rabbit Breathing Fast While Lying Down?