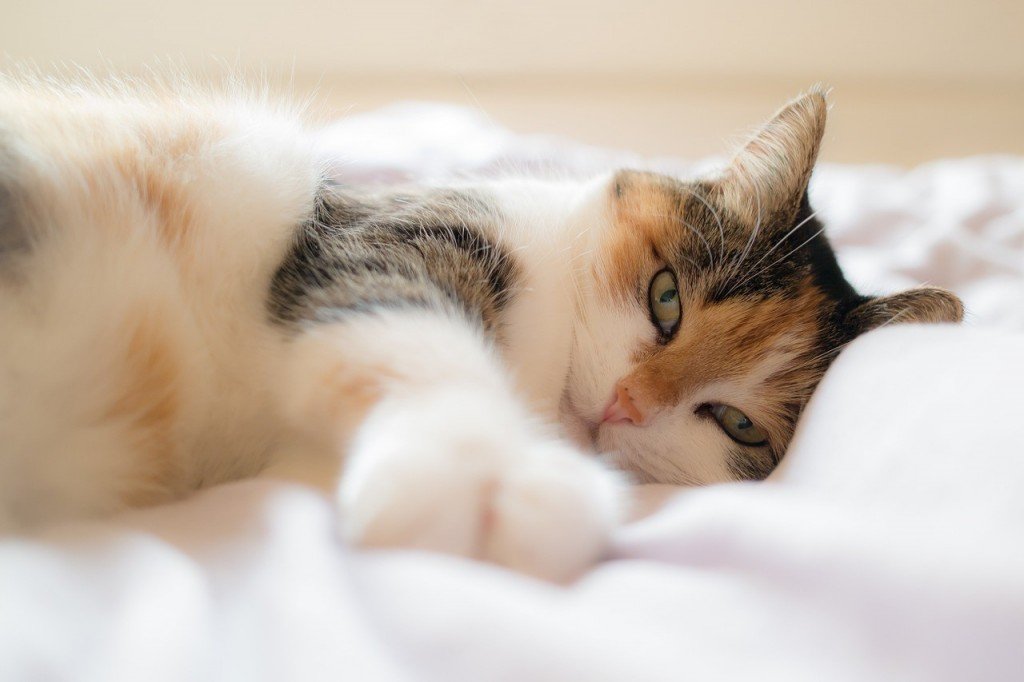 There’s nothing quite so heart-warming as a cat who wants to cuddle. When yours does, it often feels like an opportunity you can’t miss. You may even start to notice that your cat likes to cuddle at certain times in the day.

One of the most commonly cited examples is cats, which are extra affectionate in the morning. If your feline friend can’t get enough of you when you first wake up, there could be a few reasons why that’s the case.

Keep reading to learn why cats are so affectionate in the morning and what to do about it.

Cats sleep differently than we do

While waking up to a cat purring in your face may be cute the first few times, it can quickly get annoying. This is especially true if your kitty is interrupting your sleep pattern.

Understanding why this happens requires taking a closer look at the sleeping needs of cats and how those interfere with our own.

One significant sleeping difference between our favorite animals and us is the amount of time we each need to sleep. Cats need between 12 to 16 hours of sleep each day, whereas we typically only get half that.

You should also know that cats’ sleeping patterns vary from animal to animal. For example, a kitten may need up to 20 hours of sleep each night as they grow. Cats older than seven also typically require more rest than younger felines.

Cats show morning affection because they are crepuscular

This is perhaps the biggest reason why cats are often more affectionate in the morning. As a species, they’ve evolved to be more active in the twilight hours.

That means your cat will naturally want to spend more time with you during the early night hours and again in the early morning.

Why cats wake us up

Now that we’ve looked at why cats want to be awake in the early morning hours, it’s easier to see why they wake us up in the morning with affection. Put simply, they enjoy our company and want to spend time with us when they have the most energy.

Cats’ natural sleeping rhythm is the biggest reason why they wake us up in the morning. However, it’s not the only one.

Your cat may also be waking you up if it’s hungry. They’re smart animals and understand that getting you out of bed is the first step to getting food in their bowl.

Your animal may also wake you up due to boredom or behavioral issues.

Of course, this can get incredibly frustrating. Humans function much better when they get between 6 – 8 hours of sleep each night. If your cat keeps trying to wake you up at four in the morning, that may not be possible.

Continue reading to learn what you can do to stop this from happening.

Identify why your cat is waking you

The first step to getting a better night’s sleep is understanding why your cat has been waking you up at night. As discussed above, this could be for a variety of reasons.

Your animal may be hungry if you usually feed it in the morning. Or, it could just be waking you up due to the energy it has from its natural sleep cycle.

Try and figure out which of these is the true cause of your cat’s demands for morning snuggles. It will make figuring out how to address the problem much simpler.

Condition your cat to stop accepting attention in the morning

Cats are smart. They know exactly what they’re doing when they come to us in the morning with affection. Chances are, they’ve continued doing so because they’ve learned over time that they’ll get your attention if they keep it up long enough.

Experts say that cats are very skilled human-trainers. They have a keen understanding of how their behavior elicits certain actions from us. Now that you know this, you can use it to your advantage.

One of the most effective ways to get a cat to stop waking you up is to simply stop rewarding them for attempting to do so.

The next time your cat jumps on you before dawn, don’t give in to the impulse to make it go away. Instead, stay in bed, and wait for your cat to go away before getting up.

It won’t happen all at once, but repeatedly doing this will make a difference in how often your animal tries to wake you up at night.

The key here is to make it through the annoying phase when your cat still attempts to wake you while it learns to adjust its behavior. If you can manage it, you’ll begin sleeping much better.

Cats also wake us up in the early morning because it’s when they want to eat. Your cat may be especially egregious if you’ve habitually fed it as soon as you wake up. That’s because it’s learned that you waking up is the first step towards it getting food in its bowl.

When your animal hasn’t eaten for hours, they may be much more insistent that you wake up so they can get fed.

One way to fix this is by experimenting with a change in your cat’s feeding schedule. For example, if you usually feed your animal in the morning, try shifting that to either the afternoon or evening.

Your cat may continue bugging you in the morning at first, but give the changes a week or so before assessing their effectiveness.

Over time, your cat may get used to eating at a later hour. When they do, their urge to wake you up in the morning likely won’t be as strong as it was previously.

You may also be able to influence your cat’s habit of waking you up by introducing an automatic feeder into the home.

These give you complete control over the exact time your cat can eat. They allow you to maintain your cat’s morning mealtime schedule without having to get up yourself to do it.

Interesting READ  Why Do Cats Hide Their Poop?

One of the benefits of this approach is that it trains your cat to expect its food from another source instead of you.

Once again, it could take your animal about a week to adjust to this change. However, once they do, you’ll be able to keep your sleep cycle healthy while still giving your cat exactly what it wants.

There are many auto feeders in the market, but the one we prefer to use is from Petlibro simply because it is better yet cheaper than its competitors. It is easy to use and even comes with a voice recorder to simulate as if you are calling out to your cat!

Provide your cat with nighttime activities

Up until now, we’ve looked at how to prevent your cat from waking you up due to hunger. However, another issue that could be causing your cat to get you up in the morning is boredom and restlessness.

As discussed earlier, cats are most active during the twilight. Yours may be getting you up because it doesn’t have enough playthings to keep itself occupied.

To address this, consider introducing toys and interactive food puzzles to your home. These will keep your feline friend busy and may give you a few extra hours of sleep each night.

Play with your cat before bed

You may also find relief from your cat’s early wake-up calls by tiring them out before you go to bed. Getting your cat active is a surefire way to make it want to go to sleep when you do.

When done consistently, this can naturally alter your cat’s sleeping cycle and make it sleep longer through the night than it would otherwise.

When your cat begins its morning routine later, it also gets to the point of wanting to wake you up later. This could be all you need to eliminate the problem if your cat has only been attempting to wake you a short time from when your alarm would go off.

If all else fails, consider bringing your cat to the vet

If you’ve already tried all of these things, then it’s important that you not just give up on your quest to get a better night’s sleep. Instead, you should consider bringing your cat to the vet’s office.

Animals who don’t respond to training may have a medical issue that’s causing them discomfort at night.

Two potential culprits here include diabetes and hyperthyroidism. Cats who have these issues are generally more likely to want to wake their humans up while they sleep.

Addressing these possibilities with a vet’s help is the only way to know whether your cat is waking you up due to health problems.

Cats tend to show us the most affection in the morning for a number of reasons. It’s when they’re naturally most active, the hungriest, and want to play the most.

If your cat’s early-morning affection has been disrupting your sleep schedule, it’s crucial that you be consistent with the retraining process.

With consistency and by implementing the steps listed above, you could be getting a better night’s sleep in no time.

Do Cats Remember Their Mother?

How To Prevent A Cat From Peeing On The Bed?

Do Cats Know When You Are Sad?

Why Do Cats Flop On Their Side?