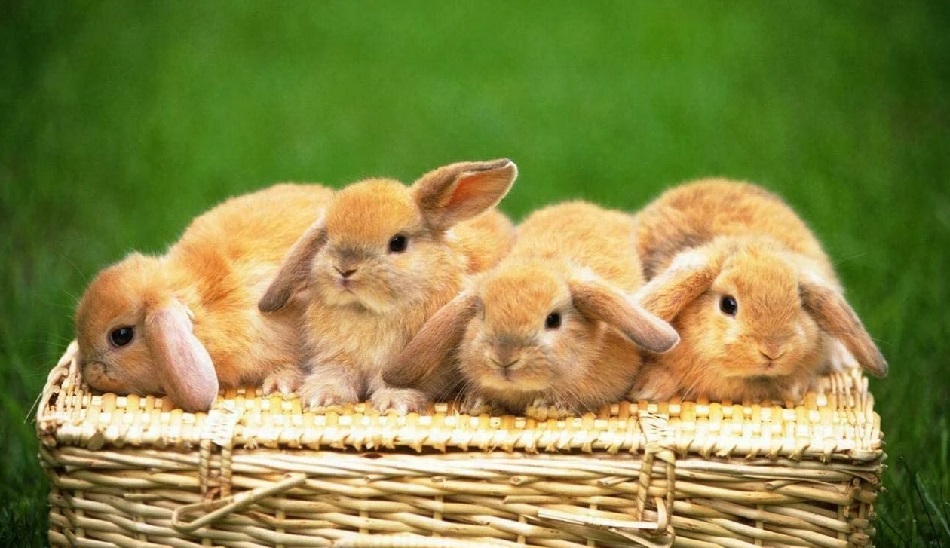 The term ‘breeding like rabbits’ came about for a reason; keeping male and female rabbits together after eight weeks old is a bad idea unless you want a lot of babies.

Keep reading to learn exactly when your rabbits should be separated, the risks of keeping rabbits together, and why altering your rabbits could be a good option.

Contents
I) Four reasons why you should separate your rabbits
II) When to separate your male and female rabbits upon sexual maturity
III) Can I put them in separate cages but next to each other?
IV) Should I separate a male rabbit from his mother?
V) How do I bond my rabbits without having to separate them?
VI) Conclusion

Four reasons why you should separate your rabbits

Rabbits are known for their prolific breeding. A pair of male and female can breed about once a month when kept together.

With an average of five kits per litter, your female rabbit can have over 60 babies per year, up to 200! This is why it is essential to keep unaltered males and females apart.

Even after your female rabbit becomes pregnant, it is best to keep them separate. Rabbits only gestate for about twenty-five days, and as soon as they give birth, they can become pregnant again.

If you happen to miss the few minutes after your rabbit gives birth and a male is with them, they are likely to become pregnant again.

This is due to rabbits not experiencing an ovulation cycle like most mammals.

In rabbits, their ovulation is caused by the actual act of mating, known as induced ovulation, which is how they can become pregnant again immediately after giving birth.

This is not healthy for the female and can lead to complications. If you are trying to breed your rabbit again, it is best to wait about six weeks after the kits are born before letting her mate again.

However, there is a fine line with pregnant rabbits. Since the two rabbits are likely bonded, they need to stay in frequent contact to reduce stress in both parties.

Keeping your male and female separate with a secure barrier that still allows them to nuzzle and see each other is key. Just make sure it is safe enough that they cannot breed further.

Your rabbits are too young to have babies

Rabbits reach sexual maturity on average between 12 and 16 weeks old, but it can be as early as ten weeks.

Rabbits, unlike other animals, do not reach physical maturity until later. So although rabbits can become pregnant at an early age, it is not suitable for them when they are still so small.

Separate rabbits at a young age, so they do not give birth until they are older and more physically capable of carrying babies, which is around six months of age.

This ensures the health of your rabbit, as well as the babies.

Interesting READ  Are Rabbits Easy or Hard to Take Care Of

Male and female rabbits can be aggressive when they are unaltered. They can be very territorial, making it hard for them to bond with other rabbits or even their owner.

Your rabbit can also become food aggressive and cage aggressive at various times, making it hard to have a safely bonded pair of rabbits or even two rabbits in the same space.

Even if your rabbits seem to get along most of the time, while they are in their ‘troubled teens’ age, your rabbits may fight with any others nearby.

They can also display hormonal behaviors. This can include marking and destruction of items.

They will spray and chew through many things, making it hard for them to be left alone in an open area.

The tendency to spray also can lead to issues with trying to litter-train, as they won’t want to use the bathroom in the same area.

They do calm down with age, so your rabbit may not always be high-strung and aggressive, but for a few years, there might be a lot of acting out from your rabbit, especially if they are unaltered.

When to separate your male and female rabbits upon sexual maturity

On average, rabbits reach sexual maturity somewhere between 12 to 16 weeks.

However, they can reach maturity as early as ten weeks. It is best to separate your rabbits before then, but not before your rabbit has finished weaning.

Trying to wean your rabbits too early can lead to many health issues with your kits and make it a lot harder for them to survive.

Around eight weeks is considered a good time, and your rabbits can be separated shortly after that. If you want to mix your rabbits, it is best to alter at least one of the genders, though preferably both.

However, when altering your males, it is essential to note that even after neutering, male rabbits can still be fertile for up to six weeks.

If you are not sure of the exact day your rabbit was fixed, it is best to wait out the full six weeks without introducing your male and female to be absolutely sure they can’t get pregnant.

Can I put them in separate cages but next to each other?

Yes. Having rabbits in separate runs or cages next to each other is a very useful method to use to introduce rabbits to each other.

It is also a great way to keep different genders apart without altering or unwanted pregnancies due to frequent mounting.

This is a great tool when your female is nearing the end of their pregnancy as well. Bonded rabbits get lonely and depressed when their partner isn’t around.

Having them close together, but separated via a fence or cage is one of the best options because they can still see each other, without pregnancy risks.

Should I separate a male rabbit from his mother?

When young, it is tough to tell the sex of rabbits. Even vets and people that have been around a lot of rabbits, such as breeders, have issues identifying the gender of rabbits until they are almost ready to be weaned.

The best time to separate rabbits from their mother is eight weeks. Any sooner than that, and it is extremely hard to keep the babies alive.

After weaning, you can attempt to sex the rabbits yourself or take them to a vet to be identified.

Shortly after weaning, it is best to separate your male rabbits from their sisters and mother. This prevents any inbreeding, or just breeding in general, when the rabbits reach sexual maturity.

It is vital to separate them before reaching sexual maturity to prevent unexpected pregnancies and inbreeding. For this reason, it is also essential to keep the dad away from the female babies.

If you do want to alter your baby rabbits, females can be altered between four months and one year of age.

Male rabbits can be neutered when the testicles drop, around 10 to 14 weeks of age, or right as they become sexually mature.

How do I bond my rabbits without having to separate them?

By spaying and neutering your rabbits, they lose many of their hormonal and territorial issues. It also lets male and female rabbits bond without risk of unwanted pregnancy.

The bond between male and female rabbits is the strongest of all bonding, reducing anxiety and loneliness in your bunnies.

RSPCA recommends altering all rabbits as it reduces any issues and makes taking care of them a lot easier. It can also reduce the chances of ovarian and/or testicular cancer.

Studies find that altering your pets will reduce spraying, making it easier to litter train. They also form a closer bond with their fellow rabbits and their pet owners.

It is also possible to bond two rabbits of the same gender if altering a rabbit is not something you want to do.

However, it is to be noted that the bond between two females is not as strong as a male and female, but is possible.

If you are bonding two males, it is imperative that they are still altered. Two unaltered males may get along for periods but will end up fighting or being territorial to each other, leading to large injuries on both rabbits.

If you are against altering your rabbits, having two females bond with each other is your best option. They will still spray and be a little territorial, but it will not be as extreme as two males.

To introduce your rabbits and hopefully create a bond, this article shows how best to get them used to each other. The important thing is to be calm and patient as your rabbits get used to it.

There are many benefits to separating your male and female rabbits at a young age, around eight to 10 weeks. It can reduce aggression between your rabbits or prevent unwanted pregnancies.

If separating your rabbits isn’t something you want, or don’t have enough space to do, then altering your male and female rabbits or getting two females are other options.

How Much Does It Cost To Spay Or Neuter A Rabbit In The US?

Why Is My Rabbit Sleeping In Her Litter Box?

Will My Rabbit Run Away If I Let It Outside?

Why Is My Rabbit Not Drinking Water?