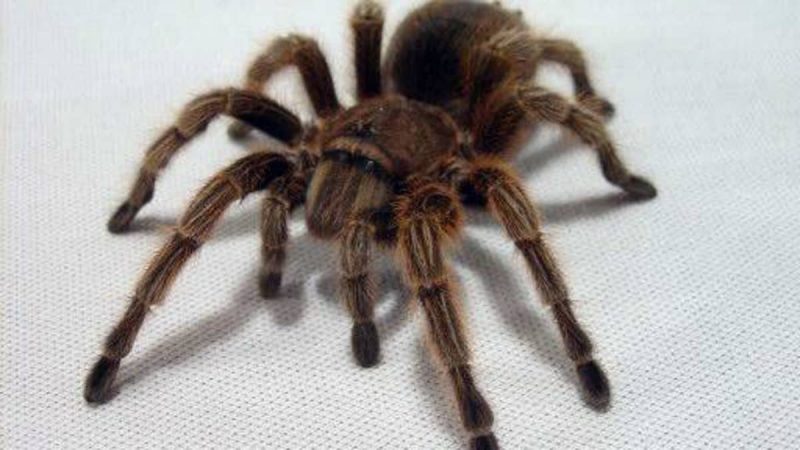 Finding a tarantula inside your home is every arachnophobe’s nightmare. They’re big, fast, and can be intimidating (even for experts).

First, don’t squish it. If you miss your target, you might just hurt the tarantula and make it bite you. Either trap the tarantula using one of our various methods or neutralize it with chemicals in a safe manner.

Keep reading below for four easy methods to remove tarantulas from your home and keep them from coming back.

Four Ways to Get Rid of Tarantulas in Your House

You might be used to stomping on the usual spiders you find around your home, but stepping on a tarantula is often the worst way to get rid of it. At best, you’ll leave behind a huge mess. At worst, you risk hurting the tarantula and being bitten. While their bite isn’t dangerous to humans, it can be about as painful as a bee sting.

Trapping the tarantula and relocating it can be scary. But, if you can conquer your fear and just do it, it’s the most humane and effective way to remove a tarantula from your home.

While this method is not ideal with a tarantula that has hatched babies in your home, it works perfectly for a single tarantula wandering around inside.

Below is a brief, step-by-step guide on how to trap and relocate the tarantula.

Nudging the tarantula outside of your home is best done when it’s near a door or window. If you have to nudge it farther than a few feet, it may be easier to just trap it and relocate it.

If you’re this might anger the tarantula, it’s essential to know their threat posture. When a tarantula is threatened, it extends its two front legs and pedipalps into the air and lifts its thorax.

If the tarantula you’re dealing with continually displays a threat posture and you feel uncomfortable, try another method.

First, slowly open the door or window. If you move too fast and scare the tarantula, it might run and hide.

Then, grab something like a notebook or a folder to block the tarantula’s path. Gently nudge the spider toward the door or window, and it will typically move in that direction. If the spider goes the wrong way, use the notebook to block its path.

Last, keep nudging it closer to the edge of the door or window. It might hesitate to move when it gets to the trim. Just keep gently nudging it without too much pressure.

If the tarantula crawls up the notebook in the process, throw it out the opening and retrieve it later. Be sure to quickly shut the door or window in case the throw doesn’t go very far!

Insecticides are sometimes the only option. If a tarantula has spawned babies in your home or is burrowed in a location that’s impossible to reach, you might have to resort to spray or powdered pesticides.

It’s important to note that directly spraying an egg sac is often ineffective and not worth the risk of rupturing the sac, as tarantula egg sacs can contain up to over 1,000 spiderlings!

One popular method of egg sac removal is simply sucking it up with a vacuum cleaner. However, if the spider is still guarding its egg sac, this may be nearly impossible.

Thankfully, insecticides in the form of sprays or powders can be used to stop the baby tarantulas from spreading around your home if you can’t physically remove them.

While not all sprays will be absorbed by a tarantula equally, Bifenthrin or Cypermethrin are two common go-to’s. Again, these aren’t always effective when sprayed on a tarantula’s egg sac.

Insecticide powder is a useful tool for keeping tarantulas out of your home but can also be used in a pinch to keep it in one place. Simply spread it all around the area that the tarantula is located, and that will buy you some more time.

While not the cheapest option, a professional is the best way to get rid of an actual tarantula problem.

This is when a tarantula has hatched an egg sac in your home or if you simply don’t want to deal with the tarantula directly. Professionals have access to a variety of pesticides not available to the public.

More than that, they know where to look for them. If you find that you keep spraying your home and it isn’t solving the issue, it might be that you’re looking in the wrong place. A professional exterminator has been trained to identify the signs of a tarantula. They can locate tarantula in all the dark corners of your home.

How to Keep Tarantulas Away From Your House

Tarantulas are sneaky. It’s always possible that if you remove the tarantula from your home, it could find its way back inside.

Even if you take the spider all the way down the street, there could still be more of them outside of your house. This is especially common in homes with a crawl space, where tarantulas will set up home in the dark corners.

Seal up your home

The first thing and most obvious thing you should do is to seal up your house. This will not only keep tarantulas out but bugs and spiders in general.

This means caulking up any holes or cracks, using weather stripping beneath doorways, and attaching a screen to your door frames.

The second thing to do is to use pesticides to create a barrier.

This is where the insecticide powder mentioned above comes into play. Sprinkle the powder in any remaining gaps outside your home, near windows, and beneath any decks or crawl spaces.

You can also use most powders inside of your home as an extra layer of caution. Sprinkle it in any dark corners in places such as closets, attics, or lowly lit basements.

Sprays like Bifenthrin or Cypermethrin can also be used in place of powder but might not last as long. Be sure that if you’re spraying inside, you use a product rated explicitly for indoor use.

Are Tarantulas Deadly to Humans?

Tarantulas, while venomous, are not a threat to humans.

In most instances, tarantulas will “dry bite”. This means that they don’t inject any venom, and while the bite is about as painful as a pinprick, it won’t harm you at all.

Even if a tarantula does inject venom with its bite, the amount is so tiny that it’s very, very unlikely to cause any damage to a human.

Both in pain and in terms of swelling and redness, a tarantula bite is widely compared to the effects of a bee sting.

Are Tarantulas Dangerous to Dogs?

Short answer, yes. A tarantula bite can be dangerous for dogs due to its smaller size and that dogs are more susceptible to tarantula venom than humans.

Tarantula venom can cause a range of symptoms in dogs, some more urgent than others. If you suspect a tarantula has bitten your pet, seek immediate medical attention.

Can You Keep a Wild Tarantula as a Pet?

Tarantulas are easy pets to keep, and it’s so much fun to watch them grow. If you’re interested in having one of your own, there’s a plethora of information to be found online about tarantula care and ethical means of purchasing them.

Can Two Tarantulas Live Together?