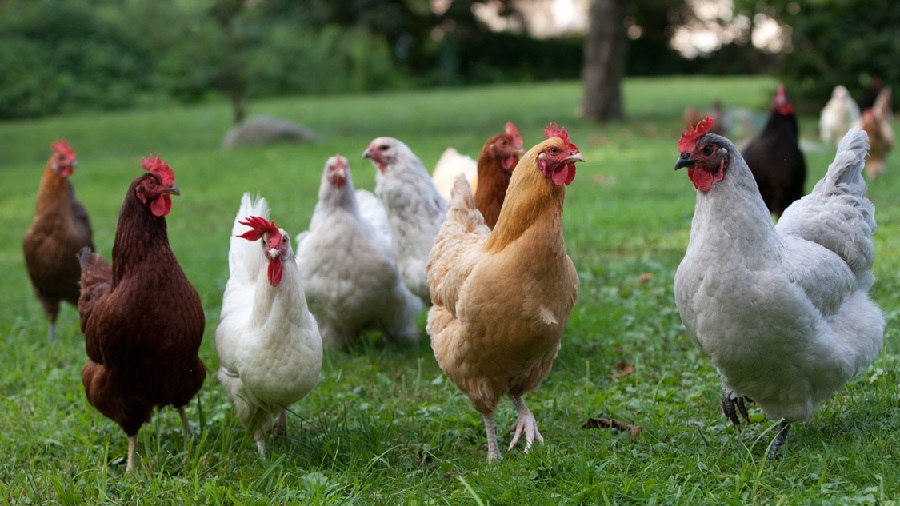 If you’re new to the world of chicken keeping, chances are that you decided to start out small.

It’s a good idea to take it slow when learning how to keep a new animal, to soften the learning curve by starting out with just a few in your flock. Your chickens will be grateful for your careful consideration.

It’s very likely that in the future, you will want to expand your flock as you learn the ropes of successful chicken tending.

Chickens offer so much in the way of eggs, fertilizer, turf removal, and entertainment, it’s almost a guarantee that you’ll want more as soon as possible.

It can be a harrowing ordeal introducing new chickens to any existing flock, but when the chickens in question are of different ages, it’s important to be especially careful. Mixing chickens of different ages can be successful if you are informed and prepared.

This guide will outline the methods for safely mixing chickens of different ages, things to consider before attempting this, and prepare for any outcome.

How to Mix Chickens of Different Ages

Slow is the way to go when integrating chickens of different ages into the same flock. Rushing the process will only result in unnecessary harm and stress to your chickens (and you!)

You will want to use some type of barrier so the chickens can see the newcomers but not come in contact with them.

Chicken wire and hardware cloth are great inexpensive options for creating temporary enclosures that allow visibility. Do this for about a week before moving on to the next step.

After they’ve had a week to get used to the presence of the new birds, allow the groups to interact physically but under close supervision.

Some scuffles are expected during this time while the new pecking order is established, but if an altercation continues beyond a few minutes, then remove the newcomers and resume introductions the next day.

This can sometimes take several attempts.

There are four common methods of gradual introductions:

Free-range introductions are best because it allows chickens to familiarize themselves with each other in a low-stress environment with plenty of space.

Begin by allowing the new chickens to free range in an area you can supervise.

After a few minutes have passed, open the gate to your existing flock’s run and allow them to join the new birds.

This two-stage introduction allows the younger birds to gain a slight advantage by being the first players on the field.

Interesting READ  Do Chickens Get Sad When You Take Their Eggs?

Additionally, a free-range environment allows for plenty of room for harassed birds to retreat to safe spaces. It also provides plenty of distractions to occupy the attention of more aggressive birds.

If you don’t have the space for a free-range introduction, a neutral territory introduction works best to ease the process of mixing chickens of different ages.

Begin by choosing a setting that is unfamiliar to both the young and older chickens. Setting up an X-Pen or similar enclosure somewhere on your property that your birds don’t regularly spend time in is best.

Provide plenty of scratch and fresh food scraps to distract the birds from fighting with one another. Be sure to pay close attention during this time and not allow any of the younger birds to be victimized.

Instead of introducing the younger chickens to the more mature flock, try to introduce the older chickens, one at a time, to the new flock.

This overrules any advantage that a ranking flock member would have over new chickens, and allows the younger birds to establish themselves safely.

Reverse flock introductions create a more neutral setting for the pecking order to reestablish itself and peacefully make room for younger birds.

At dusk, when all your birds go in for the night, allow at least 2 of the new birds to follow them in to roost. The idea is that all the birds will go to sleep together, not allowing an opportunity for altercations.

When the sun comes up, the older birds will see the younger birds in their coop and automatically accept them as part of the flock.

This method has had mixed results. It has the highest rates of success when introducing chicks of different ages in the brooder box.

This method is not recommended for flock integrations with known aggressive birds or those with notable variations in bird size.

Things to Consider Before Mixing Chickens of Different Ages

As stated previously, mixing chickens of different ages needs to be done with caution. Chickens naturally use a pecking order to establish a hierarchy in their flock.

There are several factors that can help you predict the outcome of mixing different aged chickens.

Following these rules of thumb and informing yourself of some rudimentary chicken behaviors will help ensure your new introductions will go smoothly.

Before attempting any introductions, consider the makeup of your flock.

Interesting READ  Do Chickens Get Sad When Another Chicken Dies?

Are they in the same family?

Before mixing chickens of different ages, consider their lineage. Chickens born of the same hen will integrate within the flock just fine.

The mother hen will protect her young from the other flock members until they’re old enough to fend for themselves.

If the chickens are unrelated to the existing flock, then steps need to be taken to ensure the younger chickens aren’t harassed excessively.

The methods outlined in this article are directed towards mixing unrelated chickens of different ages.

What breed are your chickens?

Some breeds, like Silkies and Rhode Island Reds, are naturally more territorial than other breeds. If your flock includes these breeds, be prepared for a little more tumult than with the more passive breeds.

Are the new chickens healthy and disease-free?

New chickens should be quarantined for at least 2 weeks, but ideally one month, to look for signs of disease that could affect the rest of your flock.

This is a rule to follow regardless of any age difference between chickens, but adult chickens are far more likely than chicks to carry disease.

Prepare Yourself In Advance

Set your flock up for success by ensuring you have enough room in your coop and run to accommodate more chickens. Overcrowding leads to stress which almost always instigates fights between chickens.

Make sure to add in extra feeders, waterers, and plenty of scratch and treats to put the birds in a good mood and reduce resource competition between the younger and older birds.

Have a first aid kit on hand. If any chicken appears bloody, remove and treat the wound with styptic powder and blu kote if necessary.

Be sure to have accommodations, like a separate enclosure, ready in case you need to separate an overly aggressive or injured bird.

Chickens can be stubborn and territorial creatures but don’t let this stop you from expanding your flock. If proper precautions are taken, you shouldn’t have a problem mixing younger birds with your older birds.

Just be sure to follow a few rules of thumb, be patient with introductions, and be willing to try a different method if your first isn’t working out.

How Do Chickens Show Affection To Humans?

How Long Can a Broody Hen Leave Her Eggs?