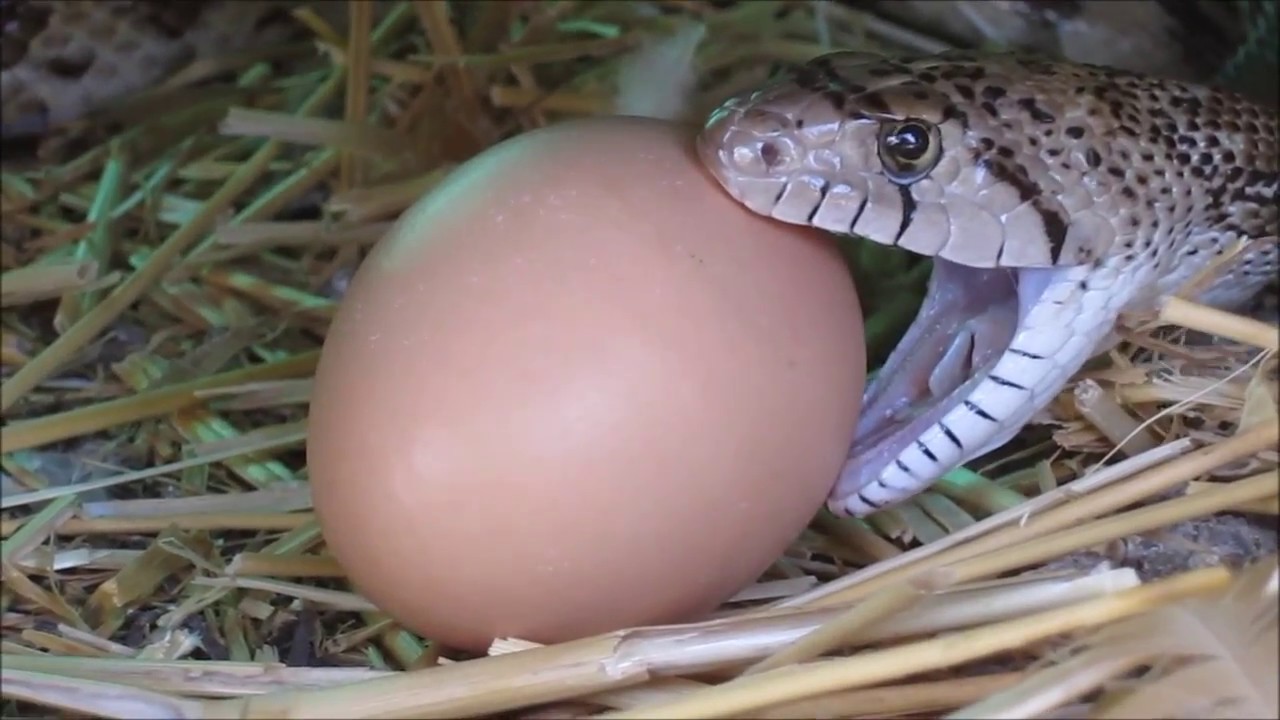 Snakes are carnivorous and opportunistic creatures that can have diverse diets, and different species can adapt to eat a particular variety of prey. For this reason, some may be wondering if snakes will feed on eggs.

The short answer is yes, some snakes can eat eggs but it depends on the species of the snake! Many snakes will occasionally consume eggs— especially in the wild—but not all should be fed eggs in captivity.

For pet owners looking to add some variety to their snake’s diet with new foods, it’s essential to understand that eggs may not be the best choice for some species.

To learn more about how safe it is to feed eggs to snakes and when it may be acceptable to do so, please continue to read on.

Contents hide
1 Which Snake Species Eat Eggs?
2 Can Ball Pythons Safely Eat Eggs?
3 What Kinds of Eggs Can be Fed to Snakes?
4 What Can Snakes Eat Instead of Eggs?
5 Conclusion

There are very few species of snake that solely feed on eggs, and fewer still are found in captivity. In fact, exclusively egg-eating snakes are only found within two taxonomical groups.

Egg-Eating species are divided into either the Dasypeltis or Elachistodon genus. These groups consist of several snake species with a natural diet that only includes eggs. None of these snakes will prey on rodents as many other species do, making them incredibly distinctive as reptiles.

Of these groups, the Indian and Central African Egg-Eating snakes are more commonly found among reptile keepers and zoo collections. Other egg-eaters from this family that are not often housed in captivity include the Montane and Rhombic Egg-Eater, which are both native to Africa.

Egg-eating snakes are arboreal species that will spend most of their time hunting for bird nests above ground. Due to their unique diet, they have specialized jaws to accommodate their large oval-shaped meals.

Unlike many other species, these snakes also have digestive systems that are adapted for safely dealing with hard eggshells and soft yolks alike.

Many snakes that typically prey on small animals will sometimes feed on eggs if they happen to come across a nest in the wild.

For instance, rat snakes and their close relatives, the fox and corn snakes, will primarily feed on small animals. However, they will also go for the eggs of small wild birds when they can.

These species are infamous for hiding around in barns and invading chicken coops to feast on poultry eggs.

All species of kingsnake are known to have incredibly versatile diets and will try to make a meal out of anything they see as food.

This includes the young, developing offspring of other animals. In the wild, kingsnakes commonly eat the eggs of birds, lizards, turtles, and even other kingsnakes!

All the snakes listed here will be able to deal with eggshells and yolk without much issue. For species that are not specialized ovivores like those from the Egg-eating snake groups, it is important to keep small mammals as the staple prey.

Eggs should only be fed as an occasional treat for snakes with natural diets that are not 100% egg-based.

As owners of one of the more popular pet snakes, ball python keepers are constantly trying to provide new forms of enrichment for their scaly friends. However, varying their diet by adding eggs to it is not the best way to do this.

Here are a few reasons why you should be cautious about feeding eggs to ball pythons:

Constrictor species such as boas and pythons do not usually want to eat eggs—whether in the wild or in captivity. This is because they typically never come across them in nature.

Since ball pythons are typically terrestrial to semi-arboreal animals, they will spend their days hunting whatever they can find near the ground, such as rats and mice. As such, ball pythons do not often get to find eggs in the wild and will probably reject any that are offered to them in captivity.

Eggshells are Hard to Digest

Ball pythons primarily feed on small mammals like rodents, which are soft and have no hard covering. This means that their stomachs may not have the hardware to break down eggs as easily as other snake species.

Eggshells are made of a tough substance that can cause indigestion or impaction. In the worst-case scenario, they can even break apart after ingestion and harm the snake’s internal organs.

Due to their smaller size than other constrictors, ball pythons would be especially susceptible to digestion issues or organ damage if they ingest an egg.

Even if a ball python successfully digests an egg, yolks are somewhat fattening and will not offer much nourishment for the snake.

In fact, an egg will not provide any nutrients that your snake could not get from its regular prey. The meat from rodents is much leaner, and mice and rat bones will offer much more calcium for a ball python than they could get from eggs.

In this case, it is best to feed these constrictors leaner and more easily digestible prey items.

What Kinds of Eggs Can be Fed to Snakes?

Wild snakes that eat eggs tend to raid the nests of lizards, other snakes, and wild birds. However, these varieties of eggs can be hard to find on the market.

For species more commonly found in the pet trade, such as rat snakes and kingsnakes, poultry eggs can be fed as a supplement. This will complement their typical diet of rats and mice and allow them to get sustenance from many sources, mimicking their natural feeding habits.

For smaller and younger snakes, stick with quail and finch eggs instead of chicken eggs. These are much smaller in circumference, which will make them easier to swallow and digest.

It should be noted that store-bought eggs may have an unappealing smell to the snake due to the disinfectants that are used to clean them. While this odor may not pose a health risk to your reptile, it will probably get the egg to be immediately rejected as something inedible.

Interesting READ  How Often Should You Feed A Ball Python?

However, purchasing eggs directly from local farmers and breeders is a great way to get around this. You may also be able to find supply chains online that offer feeder eggs specifically for reptile use.

Note that many breeders and local markets will sell infertile eggs only. However, this will work in your favor if you are feeding an Egg-eating species, as these snakes will instinctively avoid eating fertile eggs.

Rat snakes and kingsnakes tend to not mind either way, however, so it is up to the owner to choose which kind of egg to feed.

Most of the eggs that are sold either online, on farms, or in stores are commonly sourced from these species:

These will vary in price, but finch eggs tend to be the most expensive, while quail and chicken eggs are typically rated cheaper.

What Can Snakes Eat Instead of Eggs?

Some owners may be disappointed to learn that they cannot feed eggs to all the snakes they keep. No need to feel discouraged, though, as there are other ways to alter your pet’s diet without using eggs.

Aside from their typically rodent-based meals, snakes such as constrictors that are unable to eat eggs can be offered similar kinds of food enrichment.

While boas and pythons don’t typically go for eggs in the wild, they will sometimes eat young birds and hatchlings if they can catch them.

As such, ball pythons and other constrictors may be offered day-old quails or chickens instead of eggs, but only on an intermittent basis.

Be Careful When Feeding Pythons

It is especially important to use caution when feeding ball pythons anything outside of their usual diet. These snakes are notorious for easily becoming addicted to certain types of prey, and small birds will be no different.

If ball pythons are regularly fed hatchlings or young birds, over time, they may refuse their regular rodent meals, which can cause several health issues.

For snakes that are better equipped for eating eggs like kingsnakes and rat snakes, this will not matter as much.

It is a common misconception that all snakes are equipped to eat eggs regularly. As we have already discussed, this is not necessarily true for many species, such as boas and pythons, which typically eat small mammals.

There are alternative food options for snakes such as ball pythons and other constrictors for changing up their diets without the risks that eggs carry.

If your snake is a species that can safely consume eggs, these can be used as meals routinely or on an occasional basis depending on the reptile’s natural diet. Yet again, variety is key for most species found outside of the two exclusively egg-eating snake groups. Rodents should remain the staple for most snakes, as these will typically be the easiest and safest prey to feed.