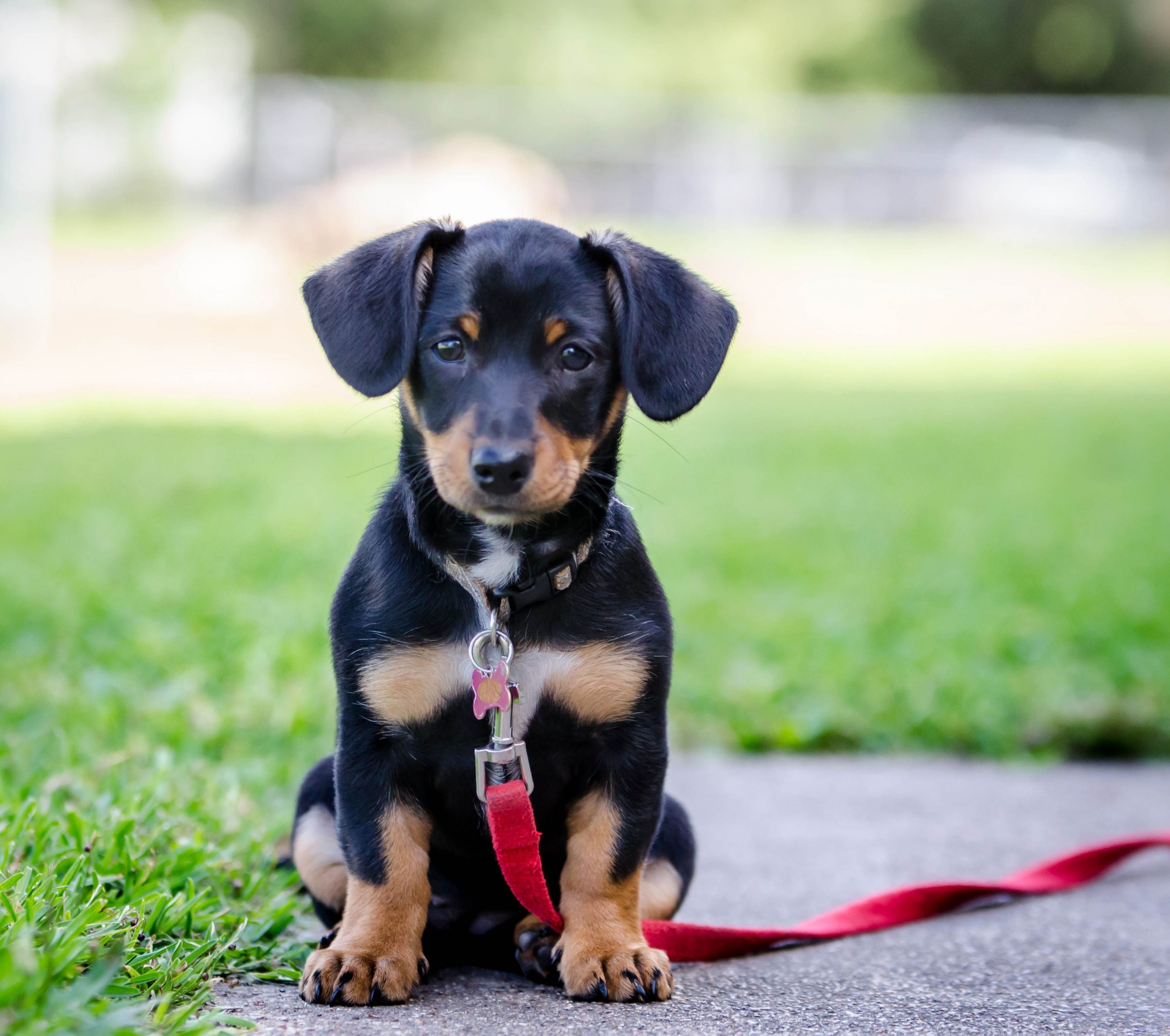 Crossbreed dogs have become more and more common and are sometimes referred to as ‘designer’ dogs. The breeder chooses two breeds they would like to combine, and they mate the dogs to produce a litter.

These dogs are often a combination of the two breeds, but they can produce their own set of problems. In theory, the two breeds may sound like the perfect dog, but you may end up with a dog that is difficult to train and harder to deal with than a purebred dog.

There are many questions regarding crossbreeding dogs, and one of the most common is: Can they reproduce? The short answer is yes; they can. Different breeds of dogs are all considered the same species of dogs and can breed with each other and form mixed breed or crossbreed dogs.

Reason 1: All Dog Breeds Are Considered The Same Species

Domesticated dogs are considered part of the same species. This allows them to crossbreed with other dogs.

Crossbreeding in dogs is when two dogs of different breeds, e.g., a poodle and a Labrador retriever, mate and produce a litter of puppies. Some of these breeds have been given names that are almost as recognizable as their own breed.

These two breeds will produce a labradoodle.

Purebreds and crossbreeds are able to breed with each other without issues of infertility from breeds. Two purebreds will create a litter of crossbreed puppies, and a crossbreed mating with a crossbreed will create what is called a mixed breed, three or more breeds.

All of these dogs will be able to reproduce with any other breed, given that the size of the dogs is compatible.

It has long been argued that crossbreed dogs are healthier than purebred dogs, but there is contradicting scientific evidence on the topic. A study conducted in 2013 found that the risks for ten genetic disorders were higher in purebred dogs than crossbreeds.

Only one disease was more common in crossbreeds, and 16 others were found to have no difference. This makes the case that cross breeds or mixed breeds being healthier than purebreds impossible to say for sure.

Reason 2: Crossbred Dogs Are Semi-Interfertile With Wolves And Other Species 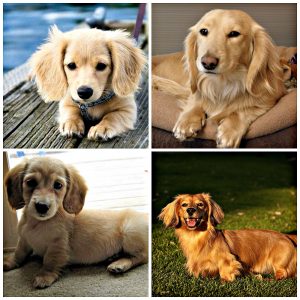 Dogs can breed with other species, such as wolves or coyotes, but they are not considered crossbreeds. These mixes are hybrids as they combine two separate species.

Hybrids of this type are often able to breed as well but have a much more difficult time producing a litter as they are less fertile than a dog or coyote that is not a hybrid.

Some animals that are thought of as crossbreeds are also hybrids. The most common example is a mule, the combination of horses and donkeys.

These animals are completely infertile. To get another animal that is the same hybrid, it must come from the parents of the offspring rather than the offspring itself.

Wolves and coyotes are descendants of the same line as the canines we know and love as domesticated dogs, but they have a genetic make-up that is different enough that makes it difficult for them to breed. A wolfdog, the product of a wolf and domesticated dog, is less common than the coydog, a coyote bred with a dog.

These hybrids tend to be wilder as they are the first generation removed from the wild. They will also have a strange, exotic look about them and are thought to be desirable until they are kept as pets.

Coydogs and wolfdogs are not a natural product of the world and should not be sought out. There are some areas where wolfdogs have thrived in the wild, but they are closer to wolves than dogs.

What To Take Note Of When Reproducing With Mixed Breeds:

It can be challenging to predict what temperament an adult dog will have when it is a crossbreed. Temperaments may be milder when mixed together, but some will be more extreme.

If you were to breed a rottweiler and a German shepherd, you have the potential for an excellent guard dog, but also could end up with a dog that is difficult to train and is aggressive.

The way a dog is trained, and the circumstances of its early months are the most pivotal in how a dog will react to certain situations. Socializing and training are extremely important in the first few months of having a dog and will set the groundwork for a well-behaved pup.

It can be dangerous for the female if the male is a larger breed or is a dog with a larger head size at birth. Smaller dogs were not intended to carry larger puppies to term, and it is a threat to both the mother and the puppies.

If the male dog is the smaller of the two breeds, the problem virtually disappears as the pups will likely be smaller than average for the female. It is not recommended to breed dogs of different sizes because they may inherit the opposite traits that are not conducive to a healthy life.

For example, if a Labrador retriever and a pug are bred, the puppies may inherit the large size of the lab and the short snout of the pug. Labs already have a tendency to pant more often and snore, and a short snout will only exacerbate the issues. 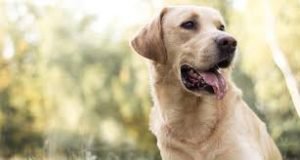 Dogs can vary in size from a 6-pound chihuahua to a 250-pound Newfoundland. While a mix of these extremes is highly unlikely, the outcome of a puppy from extreme size differences is wildly unpredictable.

When searching for a furry friend, many people are looking for a puppy that they can watch grow up and train from scratch.

Many potential owners are looking for a particular size of dog for many different reasons. They may have restrictions on the apartment or house they are renting, or they may have small children who are afraid of large dogs.

Whatever the reason, an unpredictable size makes dogs more difficult to adopt when they are puppies.

While some mixes seem to be the cutest combination of their parents’ DNA, there are some puppies that will receive a strange combination of traits making the dog seem more undesirable to adopt.

Siblings within the same litter have the possibility to look almost identical or like the separate parent breeds. This makes breeding more difficult when trying to produce a specific look and creates a larger problem of having too many dogs that are considered difficult to adopt.

Breeders are often looking for consistency when they breed dogs and may be disappointed with the results.

Should You Breed A Mixed Breed Dog?

No, There Are More Dogs Than Homes In This World:

There are more puppies and dogs available for adoption than there are homes for them. If you have a mixed breed dog, you should get them spayed or neutered to help reduce the number of unwanted puppies in your area.

Spaying or neutering can also have a positive effect on your dog, as it can reduce aggression and mellows bad behavior. Regardless, you should not breed your dog just to get crossbreed puppies. 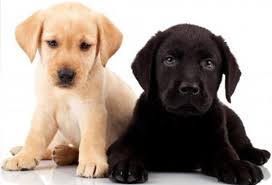 If You Really Want A Mixed Dog, Get One From The Shelter:

On the internet or from a pet store, you can often find adoption agencies and shelters to adopt a friend. Crossbreed dogs are readily available at almost any age at the shelters in your area.

Some shelters will offer annual or biannual specials where they will waive adoption fees to reduce the number of dogs in the shelter.

Shelter dogs may have an unknown background, but if the dog is already an adult, you won’t have to guess its size or temperament as it will already be established.

Domesticated dogs are the same species that can reproduce with each other over multiple generations. Wolves and coyotes are similar to dogs, but they may have difficulty breeding as they are not the same species.

More than one generation may not be possible from the same line of hybrid dogs.

Crossbreed dogs can reproduce, but that doesn’t mean you should breed your dog. The world has a large number of dogs that are killed in shelters every year because there is no space or people to care for them.

Crossbred dogs are unpredictable in many ways and might be the right fit. A dog is a commitment, and you should do your research to find out what type of dog is best for you and your family.

It is an overstatement to say that crossbreed dogs are healthier than purebreds, as it has not been proven with scientific evidence. The crossbreeding of dogs is a gamble and should not be taken lightly.

You will be responsible for the resulting puppies, no matter their temperament, look, and size. One of the best options is to spay or neuter your dog to help keep the dog population from exceeding the demand even more than it already has.