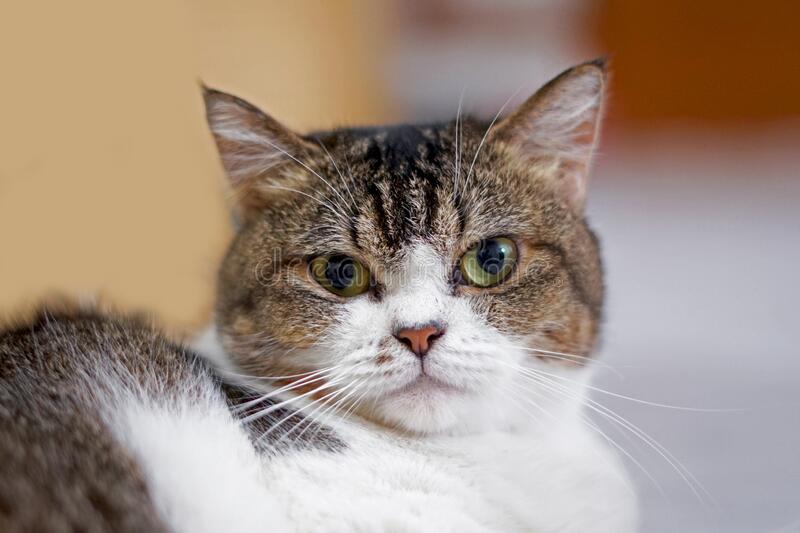 Those who have the privilege to be around cats understand that felines are very special creatures. Even more so than we think. Some would argue that cats are interdimensional beings.

Cat owners regularly report their feline acting strange in a certain place in the house, or a crazy experience while their cat is passing into the afterlife. Some cats can predict weather, or death.

Cats have held a supernatural and religious presence across many cultures throughout thousands of years of history. Worshipped, ritualized, and demonized over the past 11,000 or so years, it is no wonder an air of superstition surrounds them even to this day.

Even if we do not worship cats, many cat owners will swear that their cat has multiple lives and is psychic to some degree. But can cats see all 9 dimensions? Well, there is no scientific research to determine if, quantum physically speaking, cats can see all 9 dimensions.

The claims of inter-dimensional cats are merely personal testimonies. Some theorize that cats have their own dimension, which would require vast research to find evidence of. However, we can explore the possibility of cats seeing and feeling beyond the commonly understood three-dimensional space we inhabit.

Contents hide
1 What Can Cats See And Feel Beyond The Norm?
2 How To Tap Into Your Cat’s Supernatural Powers
3 How To Properly Worship Your Household Demigod
4 Final Thoughts

What Can Cats See And Feel Beyond The Norm?

It is known that cats can sense bad energy in others. Cats are great judges of character. They are able to tell if someone is a “cat person” or not, and they will stay clear of anyone they do not like, or that they sense does not like them.

When packing for a trip, many cats will understand when their human is getting ready to leave them. Is it the association of the suitcase with leaving, or is it a psychic ability to read their human?

Sometimes a cat will sense when their owner is coming home. If a cat’s human has been gone for a long period of time, they might start to act strange for no reason far before their person actually comes home.

It is also very common to find a pet owner with a story of their cat sensing when they are sick, or very sad or anxious. Some claim that a cat has saved their life, coming into the picture at the exact time they were needed for emotional support.

Stray cats have been known to wander into a house just to provide company for someone who they sense needed it, only to disappear just as mysteriously once their job is done. Cats have shown they will alert a person that their insulin levels are low and that they need medical assistance.

Cats can even predict when someone will die, according to the many real accounts and historical superstitions.

Did you know that cats purr at a frequency that helps to heal our bones, tendons, ligaments, and muscles? They can even provide pain relief.

Cats are on record for curling up next to those who are sick with or recovering from a serious illness, or simply someone who is worried, and purr for the sake of the other being. The frequency is medically therapeutic.

This purring is intentional and meant to heal the one who they sense is unwell.

In 1975 Haicheng, China, around 150,000 thousand people were evacuated for an earthquake. The evacuation was ordered in part due to the strange behavior of cats.

Before an earthquake cats are known to run around and try to get out of the house, or go in and out of the house frantically. Seismologists used the cats’ behavior combined with empirical evidence to prepare for the devastating earthquake.

Studies have begun to demonstrate the accuracy of feline natural disaster prediction. They can, most of the time, sense a coming earthquake of about 6.0 or above, waking up their humans and directing them to safety before any tremors can be felt.

Even before seismologists detect anything.

Cats have the seemingly supernatural ability to detect the subtle changes in their environment indicating a natural disaster or bad storm. When a storm is about to break, cats feel a change in the atmospheric pressure by their inner ear, or can smell the coming rain or the ozone gas from lightning.

Many people over history have believed whole-heartedly that their cat can predict the weather. Farmers and sailors only a few generations ago would take heed of the animal’s actions around them.

When a cat would sneeze it meant a hail storm was coming. Rain would begin if a cat stared out the window or laid down in the “loaf” position. If a cat has it’s back to the fire, a cold spell is coming.

These rules of thumb were mixed with a lot of superstition and a lack of scientific understanding. But it was important to listen to these signals, in case they had truth to them.

They could prevent getting lost in a storm or crop loss.

Even if they can’t predict the weather, cats are proven to be more sensitive to natural, and maybe supernatural, goings on.

Unsurprisingly, felines have been deified as they have been domesticated most famously in Ancient Egypt. Cats were essential to rodent control and therefore survival, so became revered.

For example, embalmed cats were placed in the tombs of pharaohs. The cat goddess Bastet was, and is still, worshipped.

Cats have remained through history to be associated with the supernatural, thought to be the familiars of witches just a couple hundred years ago, and today used as a trope in literature and film. This perceived association is thanks to a sudden turn in Medieval Europe where cats became thought of as a materialization of the devil.

People would torture and kill them in the misunderstanding that cats were evil and carrying the plague. Many people in the United States still, unfortunately, believe that they will have bad luck if a black cat crosses their path.

Halloween is an especially unsafe time to be a stray black cat.

Children, cats, and dogs are all known to be closer to the spiritual world than adult humans. It is common for owners to find their cat hissing or growling at nothing in the house, chasing invisible things, or always acting weird in a particular spot.

Interesting READ  Why Does My Cat Choke Himself?

Some think this means their cat is experiencing paranormal activity.

This could be explained as the ultraviolet spectrum that cats can see. We can’t see UV light and so would not understand when our cat chases an ultraviolet ray across the room.

But why do we also feel a chill in the spot our cat freaks out in? Why have cats been found to act especially strange in the same place someone has died?

Cats are known to reappear after death as well. There are famous ghost cats across the world, such as the Demon Cat that haunts the government buildings in Washington, D.C. Or Morris the ghost cat at the Crescent Hotel and Spa in Arkansas.

Or the various ghost cats in Europe from the tradition of bricking up two live cats in a new building to bring good luck and protect against fire.

There are numerous accounts of cats not just seeing ghosts, but being ghosts. That is about as supernatural and 9th-dimension as it gets.

How To Tap Into Your Cat’s Supernatural Powers

It is likely that the “ghost” your cat watches to be a strange UV light phenomenon and not a supernatural one. But too many have serious claims of their cat sensing and interacting with ghosts, or actually being a ghost, to flat out dismiss the possibility of a ghostly encounter.

Pet psychics exist, and pet owners tend to love them. This can be a great way to connect with your cat’s supernatural abilities. Cats have a seeming telepathy of their own which pet psychics say they can tap into.

No matter how you slice it, cats are sensitive creatures known for being connected to potential other dimensions we only glimpse.

How To Properly Worship Your Household Demigod

While seeing a pet psychic might be a start, cats deserve all the love and understanding in the world. Cats pretty much domesticated themselves, finding humans a great source of rodents and other potential food, but it seems as though they were created just for us.

We owe them our love and affection, even worship, just for existing. Plenty of toys, wet food, crunchy treats, many cuddly thrones, and the run of the house are the only ways to treat cats as the goofball demigods they are.

We might not ever know for sure if cats can see all 9 dimensions, but it sure seems likely given their history. It is nearly impossible to deny the spiritual aspect of felines. Even if they are not actual demigods, they should be treated as sacred. Not only can they help to mend our hurt bodies and minds, they are often able to predict natural disaster as well as sickness or death in humans. It is commonly held that cats share a connection to other worlds, that they can see beyond our three-dimensional (four, if we include time) dimension. Only more research into other dimensions and feline behavior will tell us for sure.

There are many witch familiars and demigods waiting for a loving home. Adopt one today and take note of their strange behaviors. Perhaps you will witness them jump into another dimension.

Do Cats Have Periods After Being Spayed

Can Cats Eat Chocolate? And Why!